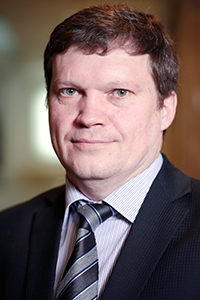 Oleg Perfilov was born on July 15, 1968 in the Pavlodar region. In 1992 graduated from the Pavlodar Industrial Institute in "Automatic control electrical power systems".

O. Perfilov has worked in power branch since 1992.  During the labor activity held various positions in the power enterprises of Pavlodar from the worker to the head.  In the period from 2002 to 2007 was directing CHPP-2, CHPP-3 of Pavlodarenergo JSC.

From November 11, 2007 – the Deputy General Director for Production in Aksess Energo, LLP, which since February 29, 2008 has renamed into North Kazakhstan Power Center LLP (Petropavlovsk). In 2009 held a position of the Deputy General Director for Production in Sevkazenergo Petropavlovsk LLP, which was reorganized in the subsequent in SEVKAZENERGO JSC. From 2009 to June, 2013 was holding a position of the Vice-Chairman of Board for Production of SEVKAZENERGO JSC.

Mr. Perfilov is awarded with the Certificate of honor of Energy and Mineral resources Ministry of the Kazakhstan Republic (2005). In 2011 for merits in development of participating states of the CIS's power industry to Oleg Perfilov  was given the rank of "The deserved powerman of the CIS". 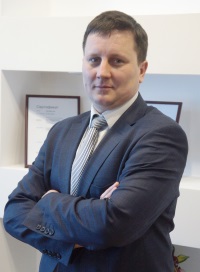 Vadim Lesin was born on September 20, 1977, in Temirtau, Karaganda region. In 2000, he graduated from Karaganda Metallurgical Institute majoring in Industrial thermal Power Engineering.

He is married and has three children.

In 1995, V.V. Lesin started his carrier at Ispat-Karmet JSC working as an air compressor system operator of the sixth category in the air compression section of oxygen production unit. His work experience at the above-mentioned enterprise reached 22 years. V.V. Lesin has a vast operating experience in various areas of energy generation, having started his carrier as an air compressor system operator and reaching the position of chief power engineer of the enterprise.

In 2012, he was appointed Chief power engineer of the Management of ArcelorMittal Temirtau JSC.

From 2012 to 2014, he was working as a Principal Specialist of the Chief power engineer department of the Management of ArcelorMittal Temirtau JSC.

During the period from 2014 to 2016, Vadim Lesin headed the power plant occupying a position of Director of Heat Power Plant and Turbo Blower Station of 1ArcelorMittal Temirtau JSC.

In 2017, he was appointed Chief power engineer of ArcelorMittal Temirtau JSC. 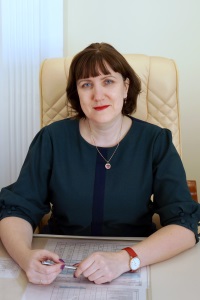 Deputy General Director on Economic and Finance of PAVLODARENERGO JSC

Albina Akhmetova was born on May 11, 1974, in Vyksa town of Nizhny Novgorod region, Russia.

From 1991 to 1993, she was studying at Pavlodar vocational school #15 in specialty Seller and Merchant with a knowledge of accounting. From 2000 to 2004, she graduated from Almaty Academy of Economics and Statistics majoring in Accounting and Audit. In 2018, Albina Yuryevna has completed the MBA in Finance program, which she studied at Russian Presidential Academy of national Economy and Public Administration under the President of the Russian Federation.

In October 2018, Albina Akhmetova was appointed Deputy General Director on Economic and Finance of PAVLODARENERGO JSC.

Albina Akhmetova is a member of the Union of accountants and accounting organizations of Kazakhstan. She is married and has three children. 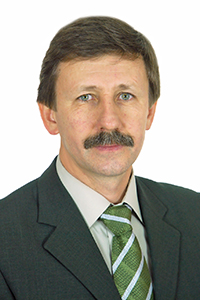 In 1989 he graduated from the Pavlodar Industrial Institute majoring in Electrical Power Plants.

At the same time he started his career as an auxiliary operator (an inspection engineer) at Pavlodar CHP-3.

In 1993, he was transferred to a position of a shiftman of the turbine shop. Two years after, he became a station shiftman at CHP-3.

In 2004, Igor Grinyov was appointed Senior shift supervisor at the station.

In 2007, he was an assistant to the Deputy Chairman on Productions, then he became the Chief Engineer of CHP-3 and later – CHP-2.

A year after, in 2012, he was transferred to a position of Director of CHP-3 till present. 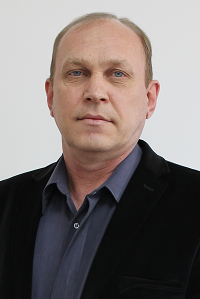 Andrei Valentinovich Zenkov was born on May 4, 1972, in the city of Pavlodar. In 1991, he graduated from Pavlodar technical college of railway transportation majoring in Automatic Control Engineering and Telemetry Control in Railway transportation (as an electrical technician).

In 2000, he continued his labour activity as a shift supervisor at the electric shop of Pavlodar CHP-2 LLP.

From March 2001 to January 2002, he was working as a station shift supervisor at the electric shop of PAVLODARTEPLOENERGO LLP.

At the same time, in September 2004, Andrei Valentinovich Zenkov entered Innovative University of Eurasia in Pavlodar with majors in electric power engineering, which he successfully graduated from in 2008 being qualified as Bachelor of Electric Power Engineering.

As he continued his labour activity at Pavlodar CHP-2 of PAVLODAREBERGO JSC, in May 2008, Andrei Valentinovich assumed a position  of the Deputy Chief Engineer of CHP-2. In December 2012, he was appointed the chief engineer of CHP-2.

In October 2018, Andrei Valentinovich Zenkov was transferred to the position of the Chief Engineer of CHP-3 of PAVLODARENERGO JSC.

On April 1, 2021, Andrei Valentinovich Zenkov was appointed Director of CHP-2, where he continues working at present time.

In December 2017, Andrei Valentinovich Zenkov was awarded with the title of Honoured Energy Worker, the Kazakhstan Electricity Association, for his substantial contribution to the development of the system of PAVLODARENERGO JSC. 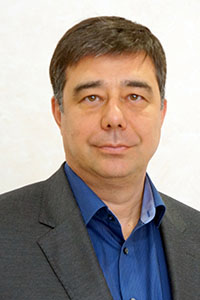 Marat Imanaev was born May 22, 1969 in Temirtau. He graduated from Toraigyrov Pavlodar State University majoring in Electric Power Engineering and has higher technical education degree. He started his career in 1984 as a pipe-laying worker of the 3rd category at Zemdorstroy Construction Department of Metallurgzhilstroy trust. In 1998, he was appointed Deputy General Director on Commerce of “CCL-Energo Company” LLP. In 2000, he occupied a position of General Director of “Teplocenter-Severniy” LLP. In 2002, he became President of “Energocenter” JSC, and in 2005 – President of “Pavlodarenergoservice” JSC. In 2007, he was Director of “Ekibastuz Heat Networks” LLP. In February 2008, he assumed office of President of “KOKSHE” JSC. During the period from 2010 till June 2015 He worked as Director of Technical and Economic Complex Operation Department of “Kazakhmys” Corporation. In June 2015, Marat Imanaev was appointed General Director of “Pavlodarskiye Teplovyie Seti” LLP. 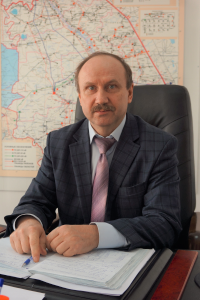 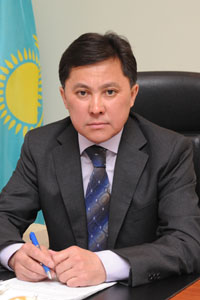 Talgat Arginov was born on November 12, 1963 in Suvorovo village of Irtysh district of Pavlodar region.

Has two higher educations – technical and economical ones. In 1985 graduated from Kuibyshev Polytechnic Institute with a specialization in "Automation of heating power processes". In 2005 graduated from Pavlodar State University named after S. Toraigyrov with a major in "Enterprise economics and management".

Has started his working activity in 1985 at CHP-3 as the head of shift of boiler shop floor. Also worked in the turbine shop floor and ion capital constructions unit. Worked his way from machinist to executive, knowing the work of complex energy industry from the inside.

T. Arginov as awarded with "20 years of independence of the Republic of Kazakhstan" anniversary medal, with Honorary Certificate of Electric-Power Council of Commonwealth of Independent States, with an Honorary certificate of Pavlodar city mayor. 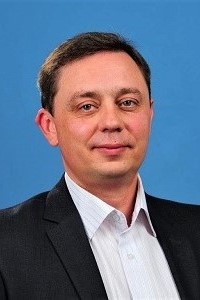 Pavel Melnichuk was born on December 9, 1972, in Temirtau, Karaganda region. In 1995, he graduated from Karaganda Metallurgical Institute majoring in Industrial thermal Power Engineering and qualified as an industrial heat power engineer.

On March 2, 2021, based on the decision of the Board of Directors of PAVLODARENERGO JSC, Pavel Melnichuk was appointed acting General Director of Ekibastuzteploenergo LLP.

He is married and has two children. 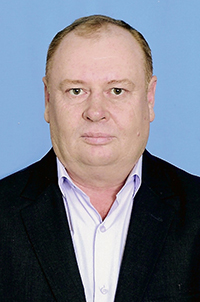 Victor Weber was born on March 17, 1963, in Novo-Pokrovka village of Kulundnsky Dictrict in Altai Krai, Russia.

In 1985, he graduated from Polzunov Altai Polytechnical Institute majoring in Steam Generator Construction (a qualified mechanical engineer). Right after graduation he started his career as a machinery repairman in the boiler shop of heat power plants of “Ekibastuzenergoremont” enterprise. Several months after he was transferred to a position of a maintenance foreman of boiler shops of “Ekibastuzenergoremont” enterprise.

In 1995, he was appointed Deputy Chief Engineer of “Ekibastuz CHP” LLP of “Ekibastuzenergo” production and operating association.

In 1999, he was appointed Chief Engineer of “Ekibastuz CHP” LLP.

Since May 2007 till present he has been working as Director of Ekibastuz CHP of “PAVLODARENERGO” JSC.